What works for India - Cooperatives or Corporates

What would you prefer?

$6 billion in revenue, 36 lack benefactors employed in the production chain leaving alone the distribution and marketing with a presence in 60 countries and the revenue distributed equitably among all till the last leaf.

An organization which not only touches lives of billions, includes them, but caters to the very basic and essential need of the community it works in.

A company whose shares are not speculated against in a stock market, its business leaders are low key very efficient professionals in the field who never make headlines for their (non-existent) exorbitant salaries or gold-plated jetliners, mansions spread across hundreds of acres of land along the seashore.

Or a company with

$90 billion in revenue with only 72,000 benefactors employed in the production chain, with massive wealth concentrated on the top, producing something as non-essential and useless like  a music player which plays music on voice command, since it can sell that notion that using your fingers to press button on music player is not fashionable, or builds massive honey traps to essentially program a person’s free will, purely targeting the frailty of human mind as a business model and milking it for private profits. Help rich and powerful sell political propaganda or hyper-consumerism creating sustainability hazards in the society, dividing it into haves and not-have and making the world a dangerous place, while killing jobs and employment at every step it takes.

The first company is Amul, which is not traded or speculated against in stock market, it’s not listed in any stock exchange, its leaders are very low-key professionals never in news headlines, nourishing billions, producing some of the highest quality products in the world, running a massive, brilliantly efficient supply chain way superior to any such like HACCP originating from western hemisphere and directly making lives better of everyone in the chain, including the buffalo. 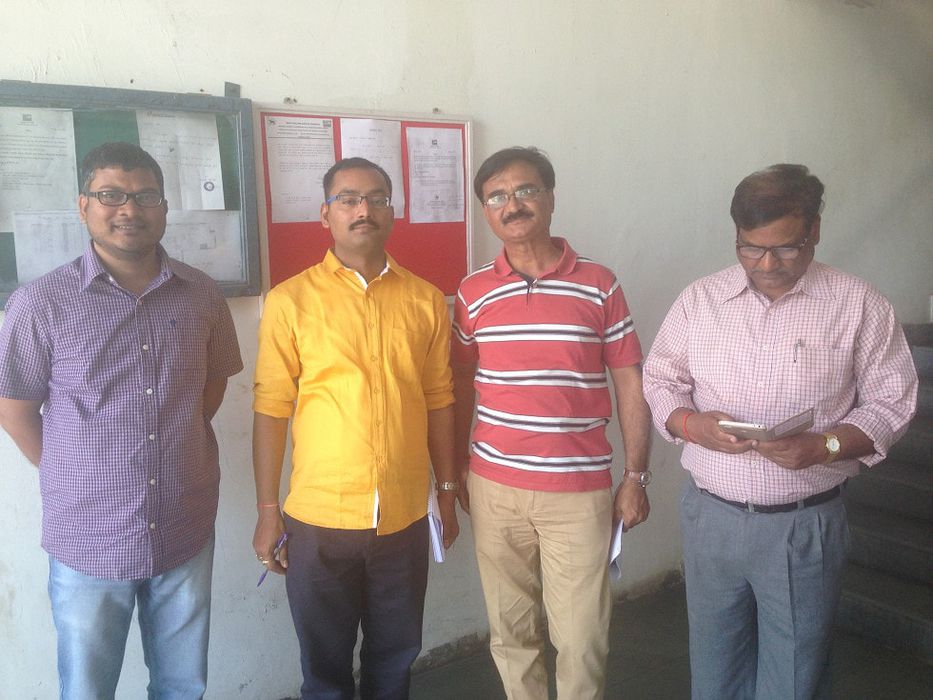 This is how their senior management looks like (the humble gentleman third from the left), who doesn’t mind sitting on the gate in sun outside his processing plant waiting for the trucks to arrive.

The second company is Google.

Do you want to be a Google or Amul?

Every business faces this question and then must figure it out. But can Amul’s model be replicated in technology?

If we look away from the extremely capitalist models like Google what we see are two major models.

Wikipedia falls under a philanthropy model, not really generating revenues, have donors like myself and many others.

Both are valid methods but don’t really cut it in terms of social inclusion and impact as Amul does.

So can Amul model be replicated in technology?

Can technology, instead of disruption aim at cohesion?

Mahatma Gandhi suggested technology should be an enabler.

A farmer plowing his farm with a better mechanical plow which saves his time and labor is a welcome technological intervention if every farmer builds that kind of plow which makes his work easier it works in everyone’s favor.

But a farmer or a small group of farmers building a super plow which will enable them to plow all the land in the world would be disastrous and something which should be avoided.

That’s the reason he wanted to keep the Charkha, or supported Singer sewing machine but opposed the big textile mills.

Amul model worked because it was incubated by the same Gandhian thought process and execution brilliance, which is cooperative.

Technology as we see now and the whole thought process imported from certain non-Gandhian power centers of the world is devoid of this sentiment, and that’s what makes Google a predominant thought process when technology business comes to mind.

What model works for India?

India has a history of inclusive models like Amul, which reflects in the Gandhian thought process to build a nation’s confidence and general prosperity.

Technology is not an aberration, any technology intervention or implant as it is coming out of these power centers- based on our field experiences have only made the matters worse, including misuse, subjugation of processes, general socio-economic impacts and social fabric ruptures, creating sustainability hazards and risks to national security.

This must be avoided.

Indian is built lands up and so the massive nuanced diversity and so must be the technology, seeded, incubated and disseminated lands up, right like Amul.

Gnovations is an Indian technology enterprise building tailor-made solutions for the land, aiming to do what Amul did in last century.

Email or Message Us Directly.

Is this relevant to you? Leave a Message

I recieved your comment and it looks very good.

As a parent, guardian or teacher would you let your child just walk out to unknown corners of the world all on her own? Internet in today’s ...

BallotboxIndia is about documenting the local socio-political leadership, their work and building a bridge of communication between them and...

Navpravartan Video Hosting and Streaming services bring to you an affordable alternative to host and monetize your videos. Video hosting on ...